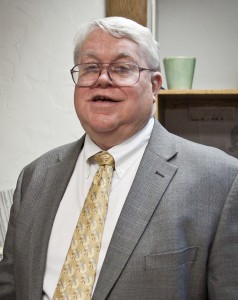 Jim graduated from Wichita State University with a B.A. in 1969. He attended the University of Kansas School of Law graduating with a Juris Doctorate in 1972. While attending Law School, he served on the Kansas Law Review and was Topic Editor. He published Articles entitled “Three Constitutionally Permissible Ways to Handle Unruly Defendants” 19 Kansas Law Review 305 (1971) and “Implied Warranty in Real Estate Sales” 43 Kansas Bar Association Journal 163 (1974). He graduated from George Washington University, Washington, D.C. with an LLM in Administrative Law in 1977. Jim was a member of the Kansas Legislature from 1977-1979.